Are You Here for the Love or the Money?

Are you in it for the Love or the Money?

I mean, we’re all in it for the money, right? That’s the society that we live in. But there has to be a huge amount of love there too, otherwise, we’d never make it.

When you’re selling as a personal brand, your love and passion has to shine through. This is what drives that all important connection with your audience and nurtures that Know, Like, Trust factor. You have to really believe in what you’re doing, so your potential clients and customers believe in you too, and in what you’re selling.

Because of my weird work // sleep schedule (thanks insomnia!), I've watched a lot of strange things on Netflix. That's what I thought I was in for when I clicked on #CATS_The_Mewvie, late one Wednesday night. It started out strong, as a kitschy little look at the rise of cats on the internet, including the origin of LOLcat.

However, it quickly just became a long look at catstagram accounts and how the owners have made a huge amount of money, posting photos of their furry pets. So not quite the cute, light-hearted documentary about furry kittens I expected, but actually inadvertently professionally interesting.

What ended up sticking out to me, was a comment made by the owner of one of the biggest cat accounts of all time, Lil Bub. Bub was a special needs kitten, born with an extremely rare form of dwarfism which made it difficult to find someone willing to adopt her.

Her owner began posting pictures of her online and eventually became internationally famous, more or less by accident. It's a legacy people are now actively trying to replicate on purpose, with their own kitties. But Bub's owner Mike see's a problem.

What he now sees in the internet celebrity cat world is blatant money-grabbing. Mike thinks people are putting their cats online with the sole purpose of making it big and cashing in.

Bub became the face of animal welfare in the US, and raised the profile of adopting special needs animals; according to Mike, these other accounts stand for nothing, except making a profit.

So what did I take away from this? Well, it's what I always come back to, isn't it? Authenticity.

People can tell when you don't really believe in what you're saying. I saw it all the time when I was a blogger. There were people just promoting product after product no matter how crap it was, and regardless of whether it was actually relevant to their target audience.

There are people who are just in it for the money, and unfortunately, a lot of them will succeed.

But they will have to keep working, and working hard, because their audience won't be loyal. It's painfully transparent when someone is all about the money, especially when they don't believe what they're saying (if they're even saying anything at all).

Those people haven't made the effort to build a brand around a specific thing, with a well-defined target audience who trusts them and will keep coming back to them.

If you want to make a quick buck on the internet, you totally can. But if you want to build a sustainable business, that takes time, strategy and honesty. There needs to be a real connection there, a trust in the brand and something that no one else has; like Lil Bub had!

Until next time, be kind to yourself!

[RELATED] Should Small Businesses Talk about Politics?
[RELATED] How to Weave your Values into your Content
[RELATED] 4 Steps to a Story Drive Content Plan

« Why You Need to Choose Whether You Say "I" or "We"
Why Do I need a Website to Connect with my Audience? »

How do I know I'm ready to hire a Website Designer?

Read More
How you Benefit from a Collaborative Design Process

A highly collaborative design process that supports you from start to finish, gives you the tools you need to keep your website looking fresh 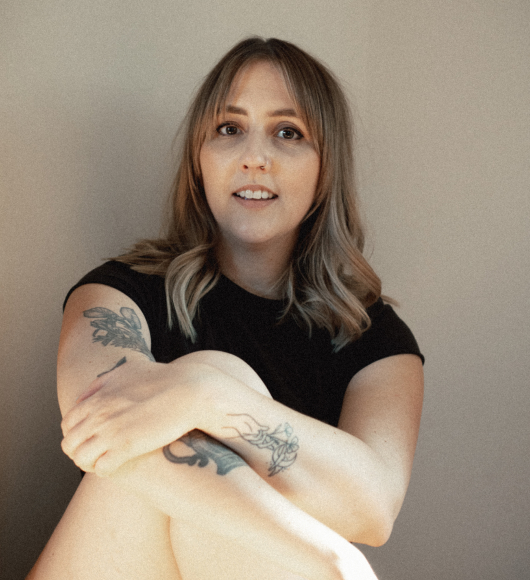