Are Ethical Businesses held to a Higher Standard? 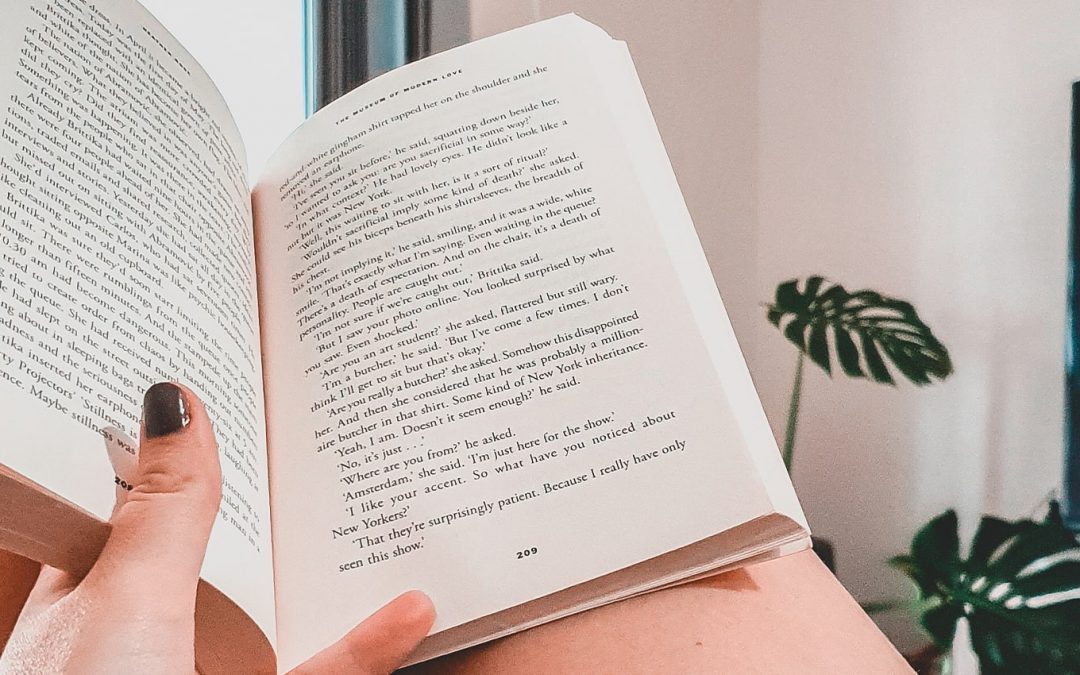 Making a commitment to being known as an ethical and conscious brand is more than just a label. It’s a constant journey of learning new things, challenging assumptions and trying every day to do better than the day before.

There’s an argument going around that ethical and conscious businesses are held to a higher standard, and fall harder when they fail to meet every expectation. Social media means that feedback is instantaneous and it’s loud and it can escalate faster than you can form a response.

If you’re making that commitment to do good things, you have to be open to criticism and understand that consumers are putting their faith in you to live by your promises.

As an individual, over the last couple of years, I have tried hard to make consumer choices to buy (where I can) from companies and brands that have strong ethics that align with my own, which included quitting fast fashion and going vegetarian.

Several times throughout 2020, companies I had bought from and recommended to others came under fire for failing to meet some of their promises and taking action that contradicted the values they claimed to stand for.

Some partnered with people or other brands with a history of exploitative practices. Some were sanctioned by the Australian Competition and Consumer Commission for making consumer promises they did not deliver upon. Some even faced accusations of sexism, racism and fatphobia throughout the company, but most tellingly within the leadership team.

As a consumer, it’s extremely disappointing to try and make better choices and lead by example, only to find out the companies I’ve put my faith in, have failed to hold up their end. When I don’t have endless money, and making more ethical choices sometimes means missing out or alienating some people, it feels like a betrayal to discover it was all for naught.

Ethical and sustainable consumerism is becoming trendier every day, and wanting to make better consumer choices has expanded beyond the clothes in our cupboard and the food in our fridge. And in a year where so many people started to work from home, and many side hustles were launched, 2020 saw dodgy sales tactics called out like never before. (See here and here).

So if conscious brands are held to such a high standard, and put at such a high risk of disappointing their customers, why would you even make that commitment in the first place?

Because you want to make a difference. You want to do good things and lead with your values. You wouldn’t be here, reading this if you didn’t.

Any company, whether they lead with their values or not, should be held to a minimum standard of ethics, especially over sexism, racism and exploitation. And with ethical and sustainable consumerism rising in popularity, it is so important for brands to be called out on greenwashing or ethics-washing or woke-washing (whatever it is).

Even brands that have done everything they can to avoid exploitative manufacturing processes, should be held accountable for failing to be inclusive of all bodies (for example), and sustainable companies that have actively participated in racism should absolutely be spurned for it. Because when we rise, we rise together after all.

Read More: The Unacknowledged Privilege of Being a Girlboss > 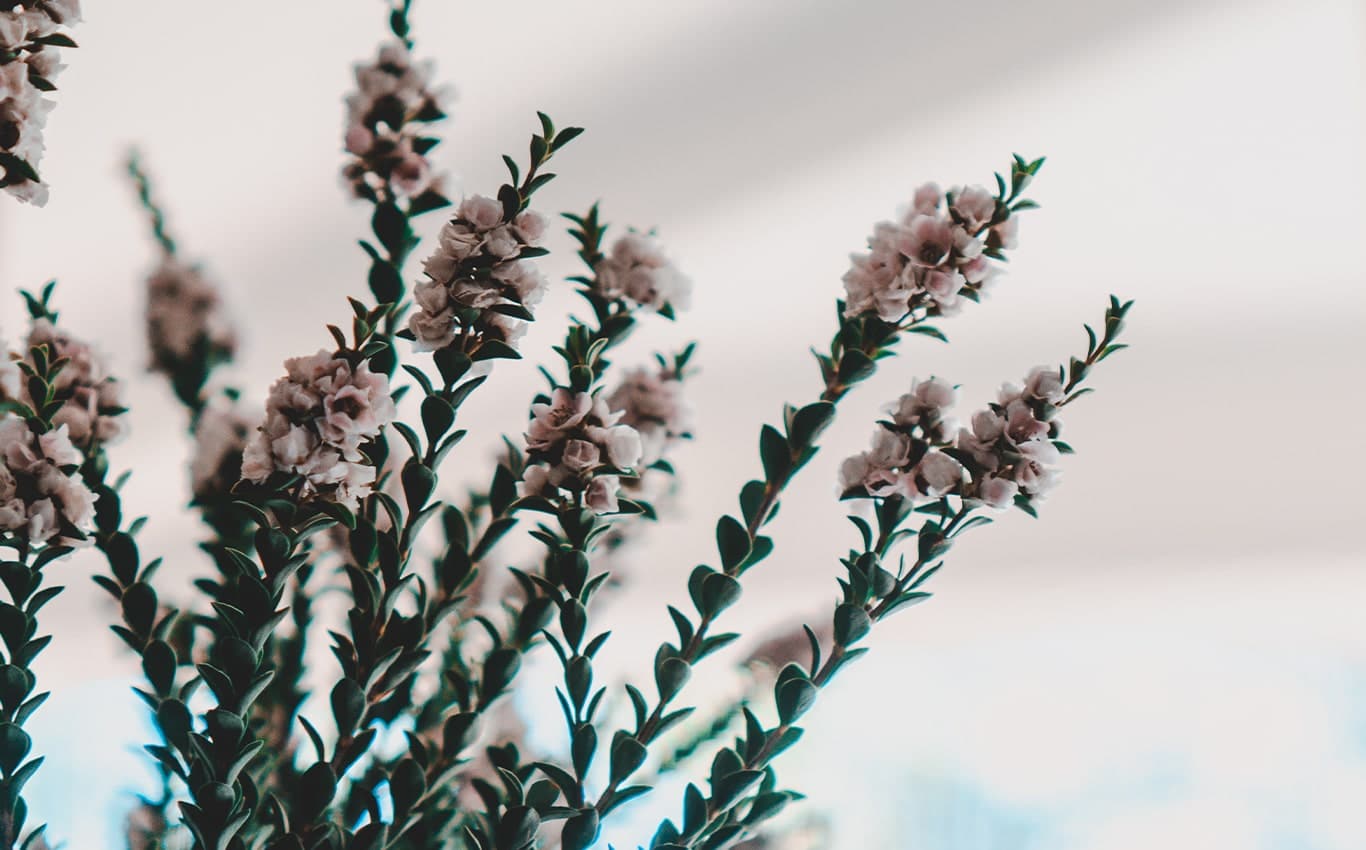 And I get why we want to act like we’re perfect and have never made a mistake. People are afraid of being criticised. People are afraid of being wrong. I’m not immune to that, but I definitely haven’t emerged as a fully formed, fully ethical person and business. I’m still learning; I myself was only introduced to ethical marketing in the last 6 months. I’ve worked in marketing for 8+ years so it only stands to reason that I’ve been complicit in harmful sales tactics that no longer align with my values today.

And god knows I’ve spent time in a fast fashion shop or two, and I’ve definitely thrown plastic in the trash because it was easier that way.

We live and we learn. We’re constantly presented with new information and it’s our responsibility as change-makers to accept that information and move forward with the commitment to doing better while honouring and acknowledging our past and our mistakes.

And for myself, and you, and individuals, and companies that have misstepped ethically, pick yourself up, learn from it and move forward with the confidence to do better. If you’ve made promises, deliver on them. If you aren’t able to, be honest about it, because it’s going to come out sooner or later.

Make the declarations so that you can be held accountable, and so you can lead with your values and attract a like-minded community. Make the difference you want to make in the world, and then accept it with grace when you do mess it up. Because you will mess up, because we’re all human. In fact, chances are, you already have messed up.

Are you ready for a digital presence that showcases how remarkable you truly are?

Attract like-minded clients and customers that will advocate for you in any room, with a custom website that captures the unique essence of your business.

Check out my signature website design package Be Remarkable and starting putting your heart and soul first in your digital presence.

Until next time, be kind to yourself and create something remarkable!

← How to Avoid Investment Fatigue Finding your Content Happy Place →

Crafting a soulful brand means leading with your heart and your values, doing what feels good and avoiding exploitative marketing tactics

END_OF_DOCUMENT_TOKEN_TO_BE_REPLACED

Part of having an ethical values-driven business means finding ways to attract clients that share your world-view… not unlike dating!

END_OF_DOCUMENT_TOKEN_TO_BE_REPLACED

Where’s the Middle of Your Story?

A good story needs a beginning, a middle and an end, but so much context around small biz success seems to be missing! So where’s your middle?

END_OF_DOCUMENT_TOKEN_TO_BE_REPLACED 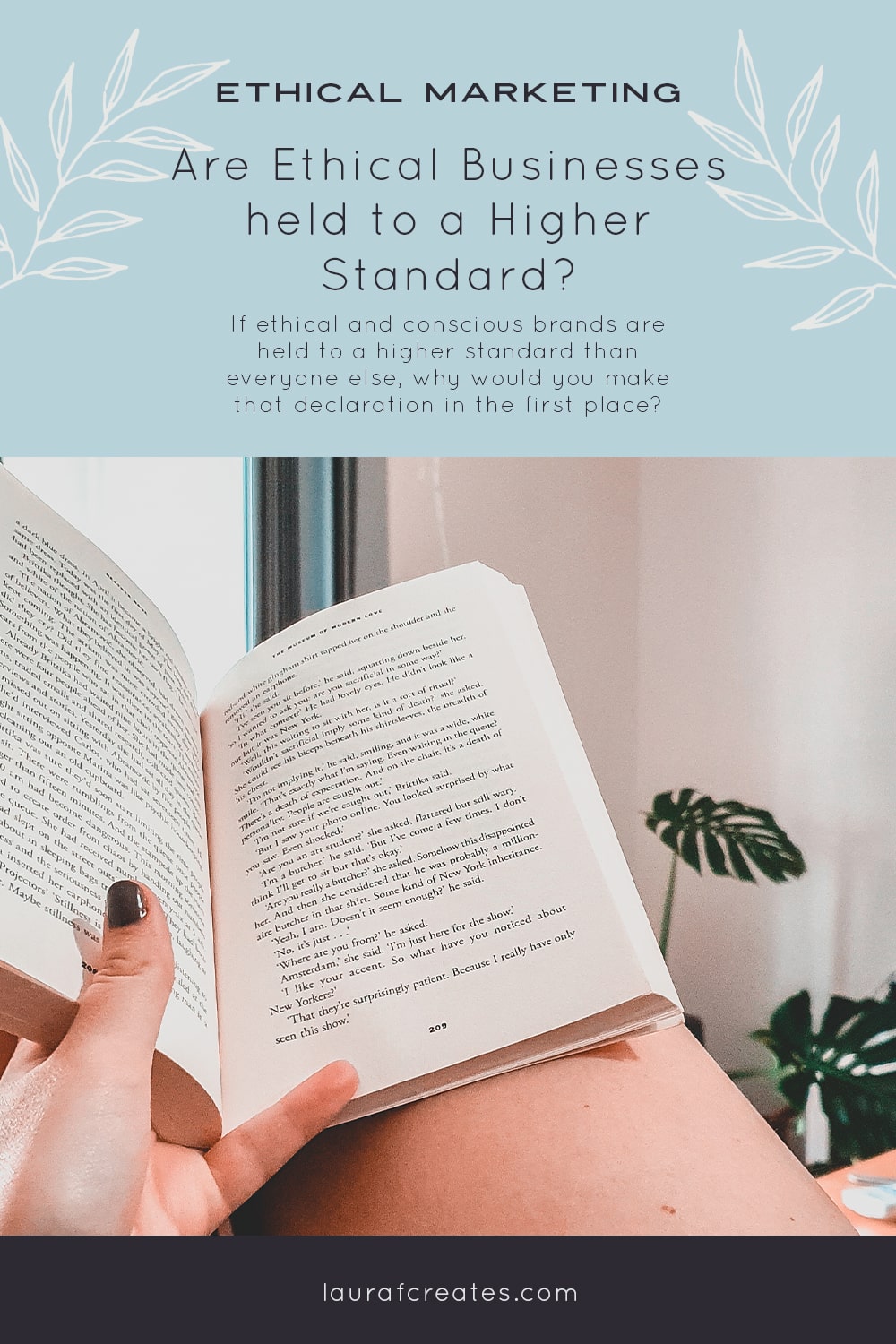 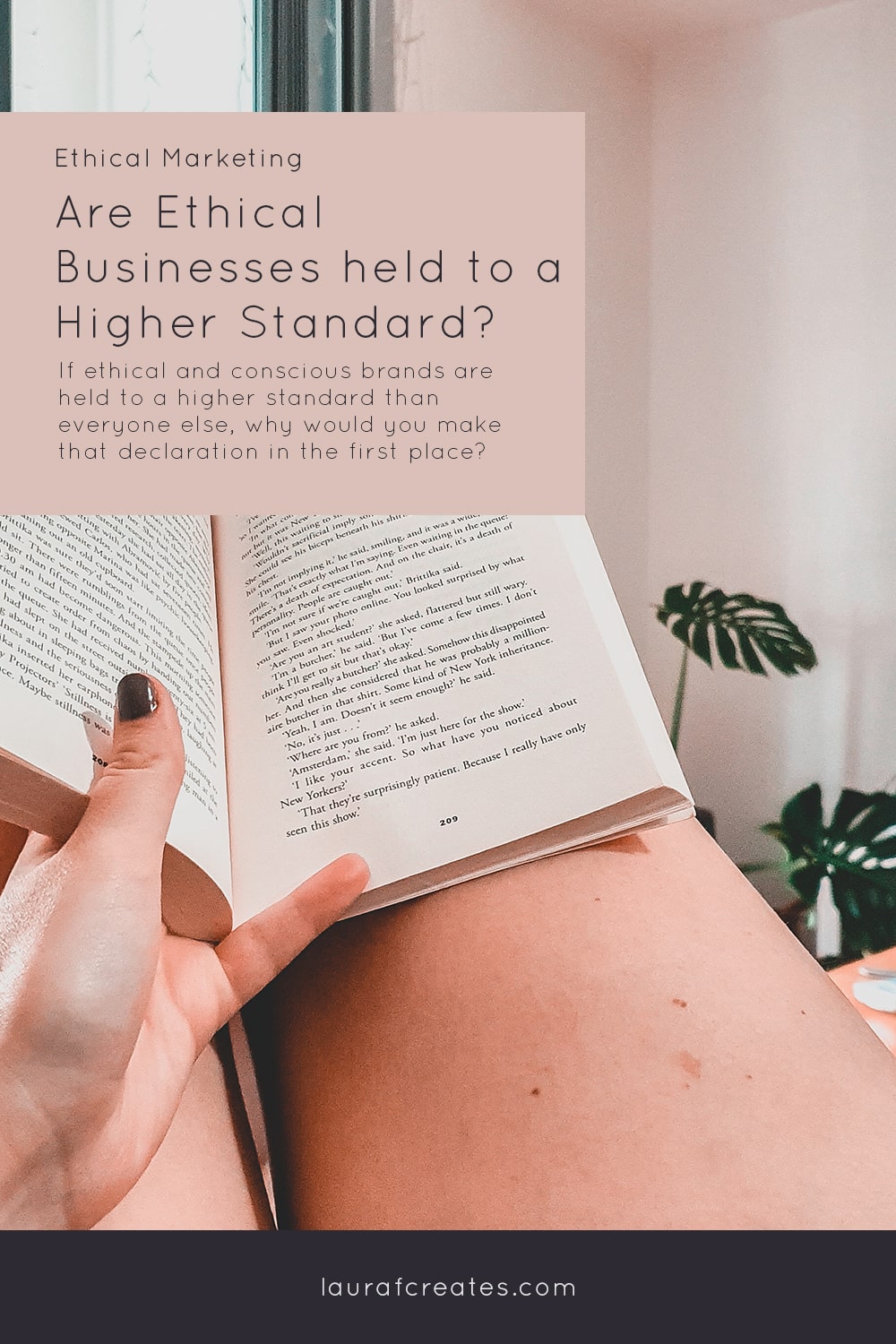 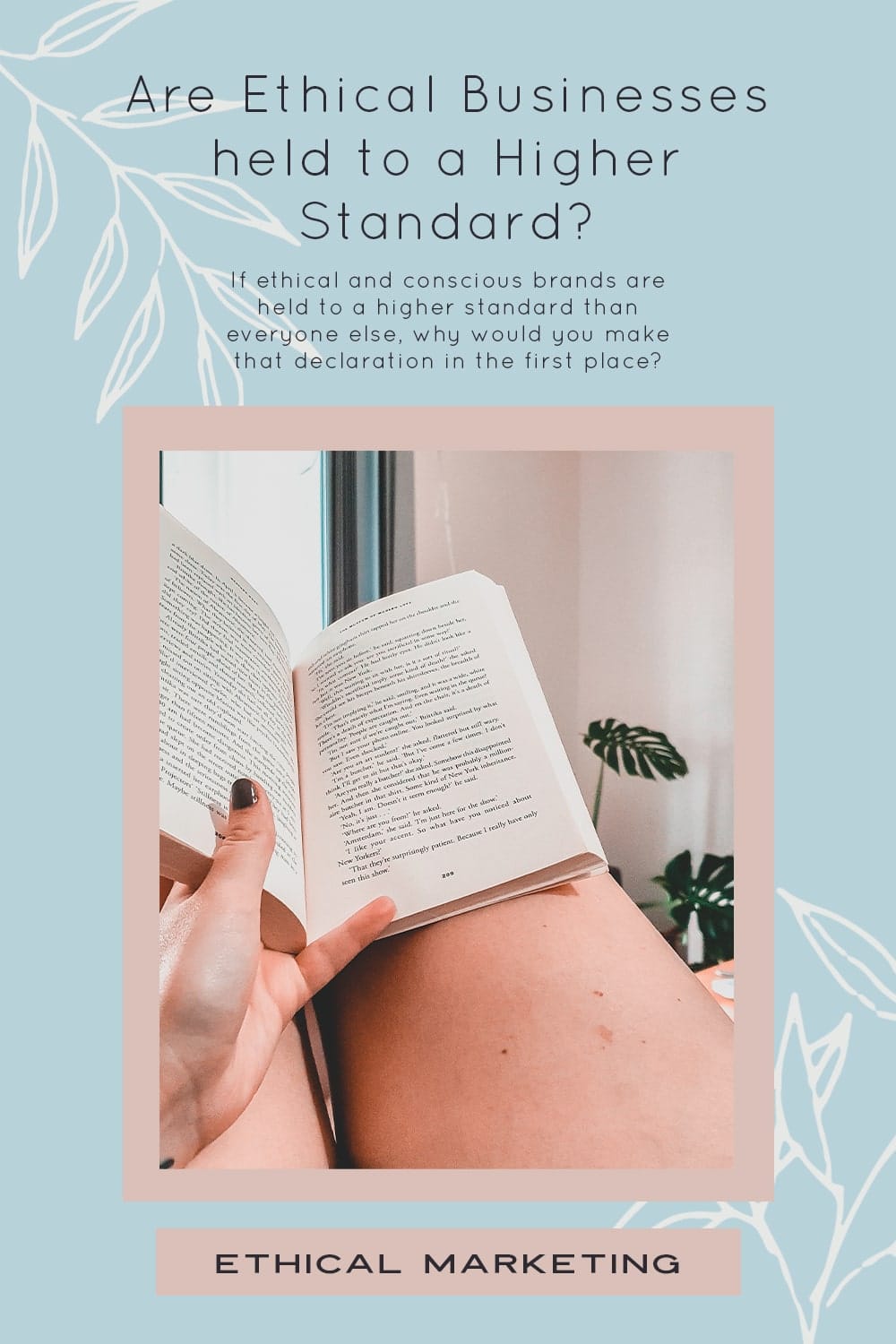 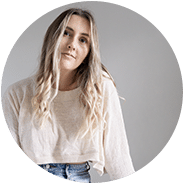 Hi! I'm Laura (she / her) and I help conscious creatives create a remarkable digital presence that stands out and leads from the heart! Less of them, and more of you.

This is one of my favourite things I've ever done

I am not good at asking for help ✋ Not only do

What would it feel like to show up as your complet

There’s something so satisfying about a good bef

I want you to have a brand, a business and a websi

Have you ever set off on a holiday somewhere, only

This website uses cookies to improve your experience while you navigate through the website. Out of these, the cookies that are categorized as necessary are stored on your browser as they are essential for the working of basic functionalities of the website. We also use third-party cookies that help us analyze and understand how you use this website. These cookies will be stored in your browser only with your consent. You also have the option to opt-out of these cookies. But opting out of some of these cookies may affect your browsing experience.
Necessary Always Enabled

Any cookies that may not be particularly necessary for the website to function and is used specifically to collect user personal data via analytics, ads, other embedded contents are termed as non-necessary cookies. It is mandatory to procure user consent prior to running these cookies on your website. 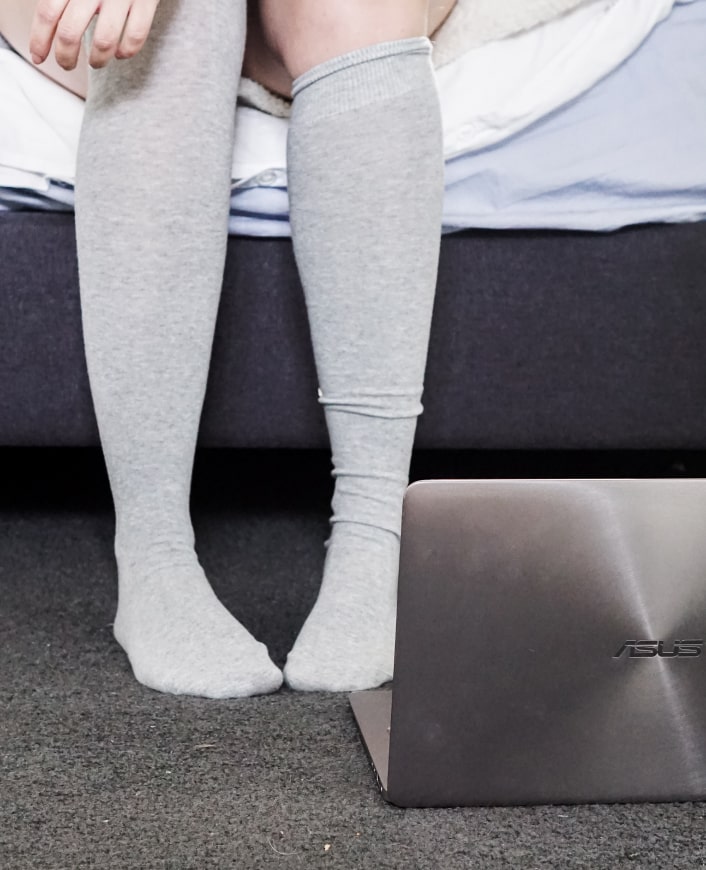 Discover five easy tasks you can complete in less than 20 minutes to get your website on the way to being sales-ready.